Christian Armando Rodríguez Encarnación, who has a passion for software development, was living in Silicon Valley when Hurricane María hit Puerto Rico. “The Puerto Rican diaspora came together in an incredible way,” described the Bayamón native.

Christian studied Computer Science at the University of Puerto Rico, Río Piedras Campus, and moved to San Francisco, California in 2015. He got the opportunity to work at companies such as Facebook, Google, and Lyft but always had the desire to return to his homeland.

The unity between the diaspora made him stay longer, but eventually “I realized that many of the people [Puerto Ricans] who had been in the United States for a long time stayed because they were already established, they had their families, their partners.” However, Christian was not settled and that motivated him to return.

He learned about BrainHi, a Puerto Rican company that emerged in response to the telecommunications crash caused by Hurricane María. BrainHi offers a platform to improve communications for small businesses, specifically those related to medical offices.

“The way we do that is by rescuing missed calls from customers. We connect to the company or office phone and every time someone does not answer, the customer receives a text message from BrainHi. There they will be able to ask if they are open, or the services they offer, and in the case of medical offices, they can request and schedule appointments. All this with the intention of improving and making the work of the receptionist or the person who would normally be answering the phone easier and more efficient,” he explained.

He had been following the progress of founders Emmanuel Oquendo and Israel Figueroa, graduates of the University of Puerto Rico, Mayagüez Campus from the beginning.

“We had had an open conversation about the possibility of me returning to Puerto Rico to join the team, but that did not materialize due to the financial aspect…However, in 2019, there was a turning point in BrainHi and it was necessary to bring someone with the skills that I had,” added Christian happy and confident about his decision to return to Puerto Rico.

Software developers are part of the fastest-growing creative industry in Puerto Rico, according to the Creative Industries report from the Institute of Statistics published in 2018.

After a year and a half in BrainHi, Christian went from being a software engineer to his current role of Engineer Manager, which implied an increase in his salary. This growth opportunity was important to him since he had a higher salary in San Francisco

“When I returned to Puerto Rico, there was definitely an economic blow and a reduction in my salary, but I understood that this change was not going to affect my quality of life. That’s why I moved and the reality is that I’m doing very well even being in Puerto Rico,” he said.

Christian recognizes that the software industry ecosystem has changed in recent years. “Currently, there is a small but strong community. There is enough opportunity for people to graduate and stay or for people like me to come back and have a good job where they can do something that has an impact and generate a better economy,” he added.

As part of his duties at BrainHi, Christian has managed to recruit colleagues who left Puerto Rico in search of opportunities. “Job opportunities exist. There are people looking for talent like crazy. The island is ready for your comeback!”, he concluded.

El Comeback, a program of the nonprofit ConPRmetidos, attracts and retains professional talent for 🇵🇷 Puerto Rico-based jobs. Register to get matched with professional opportunities on the island.

What you can read next 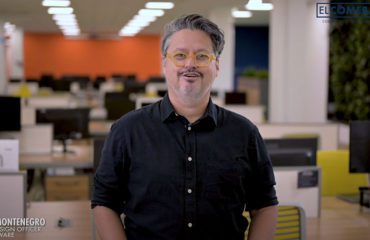 How to write the perfect resume?